Most people have very fixed mental pictures about how things should turn out. A picture of how something should look is programmed into our unconscious mind the minute we have a feeling response to it. Even those people who have a hard time making up their mind, have a picture stored away that says decisions are difficult. And since no two people perceive the information coming to them the same way, each person’s mental pictures are unique. This bumping of pictures is the number one source of relationship problems.

So what happens when two people who want to share their hearts have pictures that bump? You must look beyond your pictures to find the heart’s subject. This makes sense since real sharing is a heart affair. But it does take a bit of effort to push a bumping picture aside to let a new one form. My husband and I had several talks before we were willing to trust that a new heart-directed picture could still fit our perceived needs, as well as join our hearts.

When you find that sharing your heart’s pictures is more conducive to love than getting your way, it will get less scary to give bumping ones up. However, some people will not be willing to share. So what then? You will have to realize that their exclusion does not mean you must exclude your heart from loving them. But you may have to set boundaries, so the picture bumping doesn’t become so irritating that it cuts off the love your hearts hold.

So I recommend using picture bumping as a wake-up call, telling you that you have a different picture source. When two hearts join there is always a need to expand your singular pictures. Thus, picture bumping doesn’t have to be bad. It can just be the beginning of a new picture that matches your joined heart space.

Would you like support in going beyond your mental pictures? 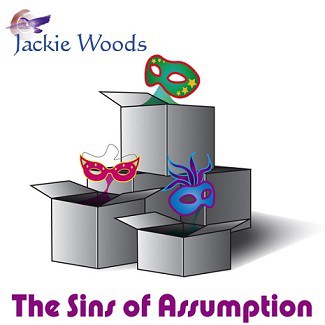